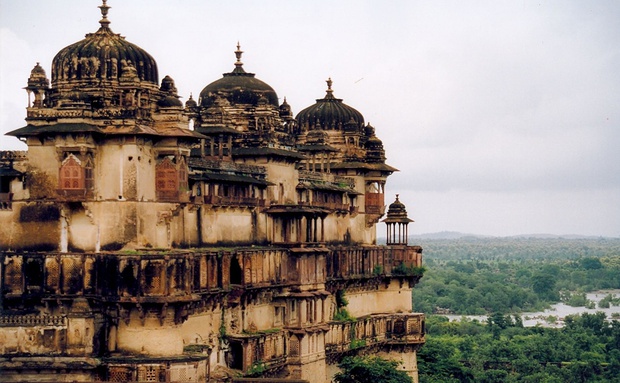 Initially a hunting area and once a capital city, Orchha (Hidden Palace) is now a village set among well-preserved temples and palaces built in the 16th century by the ruling Bundelas clan.

The palace is built on an island on The Betwa River and has been partially converted to a hotel. Ram Raja Temple one of the many interesting temples in Orchha, was originally a palace but was turned into a temple with soaring spires, so the traditional temple architecture and style are not seen. 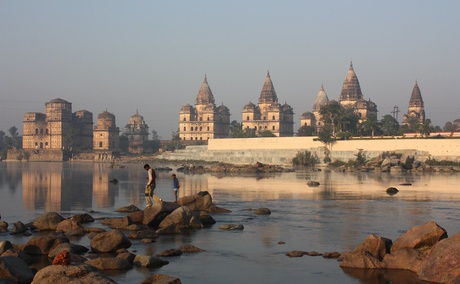 The main attraction of Orchha is the Orchha fort complex, located on an island on River Betwa. A four-arched bridge leads to the fort complex and a number of palaces and temples within its battlement wall. 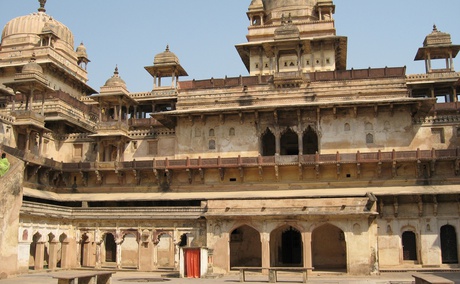 The Jahangir Mahal was built by Bir Singh Deo in the early part pf the 17th century to mark the visit of the Mughal Emperor. It is an important monument of this fort and is known for its delicate work on one hand and balanced with strong masonry on the other. 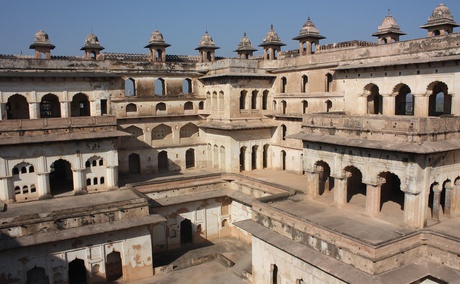 Raj Mahal, the second palace in this fort complex is well known for its murals, depicting religious themes. 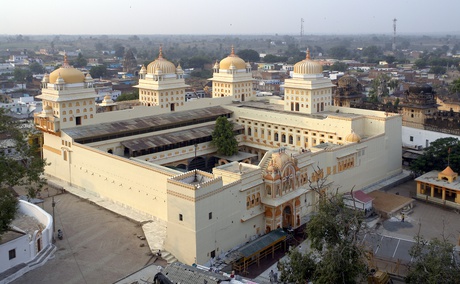 According to legend, Lord Ram appeared in a dream of the then ruler Madhukar Shah. The ruler subsequently brought an idol of Lord Ram and placed it in what was then a palace, before installing it into a temple. However the idol refused to move and thus the palace became a temple and Lord Ram is worshipped here as a king.