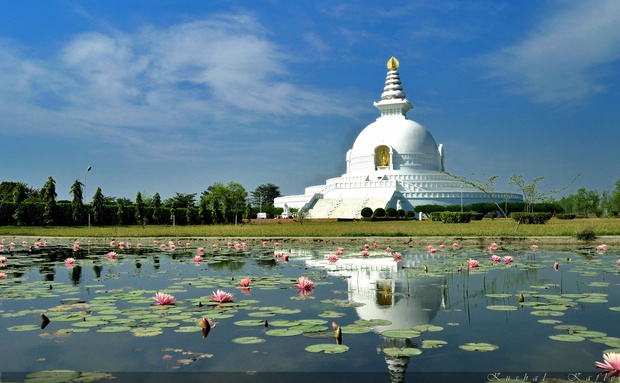 Explore this pilgramage site, the birthplace of Lord Buddha

Lumbini is one of four Buddhist pilgrimage sites based on major events in the life of Gautama Buddha. There are a number of monasteries around the site and the centre is the Maya Devi Temple.  A sacred garden contains the pillar of Ashoka and the remains of many stupas and monasteries. Surrounding the sacred gardens is a huge park which was designed in 1978 by Kenzo Tange, a well-known Japanese architect. In this area there are lakes and Buddhist Monasteries, stupas, temples, gompas and pagodas which have been constructed by Buddhists from around the world.

The Lumbini Museum is at the back of the compound and is devoted to the life of Buddha and the Buddhist religion, with photos and artefacts from around the world. The World Peace Pagoda is set in the Lumbini Crane Sanctuary.

The impressive gleaming white World Peace Pagoda, one of the world's greatest stupas, was constructed by Japanese Buddhists at a cost of US$1 million. The shining golden statue depicts the Buddha in the posture he assumed when he was born. Near the base of the stupa is the grave of a Japanese monk murdered by anti-Buddhist extremists during the construction of the monument. 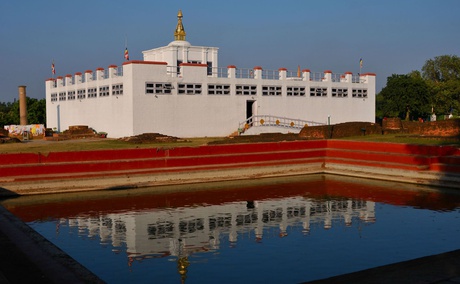 The most important temple at Lumbini is the Maya Devi Temple, which enshrines the traditional site of the Buddha's birth. On the south side of the temple is a sacred pool, where it is said Maya Devi bathed before giving birth, and where the newborn Buddha was washed by two dragons. 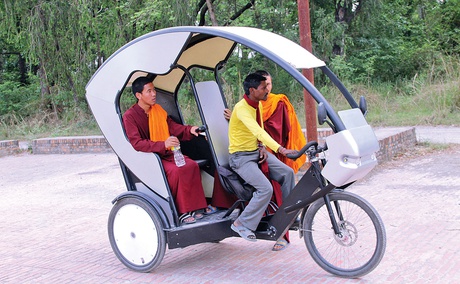 Electric cycle rickshaws are a great way to get around Lumbini